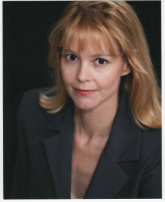 Joelle Ré Arp-Dunham considers herself a professional storyteller with theatre, film, performance and multi-media as her canvases.

Her 25 –plus years of experience include directing, acting and media design throughout the east coast. In addition, Joelle has been a professional theatre and film educator teaching children through senior citizens at places such as SUNY Stony Brook, UGA, Grandparents Living Theatre and Buck's Rock Arts Camp. She holds a B.F.A. in Acting from The Ohio State University and a M.F.A. in Dramatic Media with an emphasis in directing from The University of Georgia, where her tenure culminated in the adaptation, direction and media creation for an interactive multi-media production of A Christmas Carol. She is a also a PhD Candidate, researching acting theory and cognitive science. 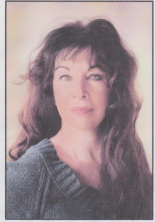 Lisa Mende is a theatre, film and television actress with over 30 years of
professional experience. Credits include: Sex and the City, Friends,Hollywood Shuffle, Scrooged, Gremlins II, Rodney Dangerfield's last film The Fourth Tenor - and this is a mere smidgen of her extensive resume. She is best recognized for her recurring role onSeinfeld as Carol the mother of the “Ugly Baby.” She leaves town intermittently to perform stand up with the brilliant Dom Irrera.

Rich's extensive professional design credits include numerous regional,  stock, Off and Off-Off Broadway theatres throughout the East Coast and Midwest including Maine State Music Theatre, The Disney Institute, Music Theatre North, The Springer Opera House,  The Atlanta Lyric Theatre, Circle Repertory Theatre, Theatre Three, The Jean Cocteau Rep., and the Directors' Theatre.  He is active in the national leadership of USITT (United States Institute for Theatre Design and Technology).  In addition to theatrical venues, he designs both architectural and landscape lighting and is the principal in the design practice of Dunham Design Associates. Within this area he has earned the LC Lighting Certification. Rich holds an MFA in design from The Ohio State University and is a professor at UGA where he currently serves as the Head of Design in the Department of Theatre and Film Studies. 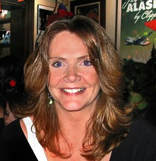 ​KARYN HEGRENES has been the resident Stage Manager for Circle since 2015 and is now the Company Manager as we moved into our resident space at the Winterville Auditorium. Previously she has worked for Rose of Athens Theatre as SM for several productions. Karyn came to Athens as a 20 year veteran of professional Atlanta theatre where she Stage Managed for numerous houses including Actor’s Express, Dad’s Garage, 7 Stages, Horizon Theatre, Barking Dog Theatre, Georgia Shakespeare Festival, Jewish Theatre of the South, among others.

The first performance Vicky remembers was at age five as an angel in a Christmas play. Since then, she has logged over twenty years of experience acting, directing, producing, and working all technical aspects in numerous productions. She has worked with the Island Players on St. Simon's Island, was on staff at Brunswick Junior College to direct the Drama Department productions, coordinated the Performing Arts Division of OCAF, is a Core Member of Rose of Athens Theatre, and is now extremly proud to be a member of Circle Ensemble Theatre and part of this ground breaking performamces.

Farley Richmond (Director) is a professor of the Department of Theatre and Film Studies. Among his professional directing experiences have been Mozart’s The Magic Flute at the Chicago Cultural Center (2006), Sudraka’s The Little Clay Cart (2010), Tagore’s Sacrifice (2011), and Karnad’s Hayavadana (2013), and  all for Epic Actors Workshop a not-for-profit theatre company in New Jersey. In addition, he directed Moliere’s Tartuffe in New Brunswick, New Jersey with actors of the Indian Cultural Society. Dr. Richmond received his MFA in directing from the University of Oklahoma and his Ph.D. from Michigan State University. His most recent production at UGA was The Fantasticks (2013). Farley directed Romeo and Juliet for Circle in 2014 and Hamlet in 2016. Among his other Shakespeare productions are The Comedy of Errors (1981), A Midsummer Night’s Dream (1982), and The Merry Wives of Windsor (1988). Dr. Richmond specializes and writes about the theatre in India.

Over the past 21 years Chelsea has been in over 50 productions including Sarah, Plain and Tall (Sarah), and Women Must Work (Kitty Hawk). She has recently graduated with a Bachelor of fine Arts in Theatre Performance at Columbus State University, where she was seen in productions such as Anton in Show Business (Lizzabette), Three Sisters (Irina), Neighborhood 3, Requisition of Doom (Vicky), and 'Dentity Crisis (Jane). Her Circle credits include Little Women (Jo), Oh What a Lovely War! (Nurse and others), Into the Woods (Cinderella), Steel Magnolias (Annelle), Metamorphoses (Snake/Secretary) and Stage Managing various productions. Chelsea has also appeared in several films and music videos. Chelsea is also Circle's primary costume designer, focusing on historical reproductions.

ictoria graduated from UGA with her degree in Theatre and is now pursuing a career in theatre and film. She was the voice of Ursula in the video game "Ursula and Olly: Escape from Ralph's Seafoodatorium," and other games. Whether it be acting or behind the scenes she is glad to be a part of any production. She is very honored and proud to be part of such a breakthrough theatre company in her hometown of Athens, GA. 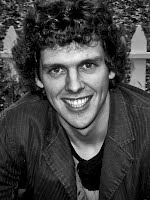 Dusty Drake is from the wee town of Hartwell, GA.  He was theatrically inclined early on and got a BFA in Theatre from Valdosta State University in 2003.  After college, he moved around to some fantastic places like Anderson, SC and New Jersey.  He's been in productions ranging from Sweeney Todd to The Taming of the Shrew, and has played a wide array of roles such as a dancing/singing cowboy, a pot-smoking nightwatchmen, king of the fairies, and even a woman.  Dusty has the distinction of his voice appearing in almost every Circle show. 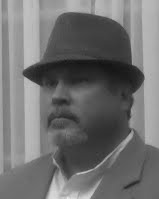 Jeff cut his teeth in the youth theatre culture of Atlanta, and continued his passion for performance in various venues ranging from dinner theatre to summer stock.  Featured musical roles include Bill Sykes (Oliver!), Nicely Nicely (Guys n Dolls), Jud Fry and Ali Hakim (Oklahoma!), and Lion (Wizard of Oz).  Jeff's Circle credits include Father (Into the Woods), Mr. (The Diary of Anne Frank), Doctor/Father (The Darker Places Trilogy), Officer (Threepenny Opera). He is humbled and honored to be a member of The Circle Ensemble Theatre Company. 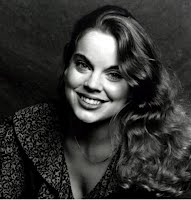 Joy’s logged over four decades of experience performing, teaching, and working all aspects of theatre, film and performing arts administration. She studied Theatre at the University of Alabama where she was an Irene Ryan Award Finalist, and with the National Theatre of Great Britain Summer Acting Programme at Cornell University. She holds an MFA from the Florida State University/Asolo Conservatory for Professional Actor Training where she was inducted into the Society of American Fight Directors, performed with the Asolo Repertory Theatre. She’s worked with numerous regional theatre companies such as Circle Theater in Chicago where she was Jeff Award-Nominated, Charlotte Shakespeare Company, Hersheypark Entertainment, Jenny Wiley Theatre. Joy has taught acting at Auburn University. 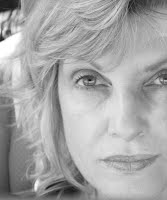 Anita is a professionally trained singer who has worked in many different genres: Choirs, Choruses, Vocal Ensembles, Madrigal Singers,  Athens Symphony Christmas Concerts, and was a self-appointed Rock goddess in the bandWhere's Anita? She started acting as a child - (Children's Playhouse, Park Crest, PA.), acted throughout school and  after HS, attended Syracuse U. Theater Department. Anita’s tour de force was The Belle of Amherst a one-woman show about Emily Dickinson, which drew the attention of Helen Hayes (she liked it!). In addition to performing in Threepenny Opera and Metamorphoses, Anita has stage managed several Circle productions. 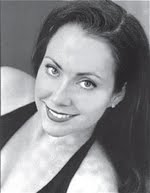 Actors’ Equity Association Union (AEA)
Kathleen Hogan is a theatre and film actress with over 20 years of professional experience. Her recent highlights were playing Mrs. Van Daan inThe Diary of Anne Frank, Lady Macbeth inMacbeth, and filming her roles in the major motion pictures, The Conspirator, directed by Robert Redford and Parental Guidance,starring Bette Midler and Billy Crystal, premiering last November. Other favorite roles include Gwendolyn in The Importance of Being Earnest, Sarah in Guys and Dolls and the Queen in Richard II. She has worked with Shakespeare & Co. and appeared in the film Bride of the Killer Nerd.